Home
Games
Board
Tile Master 3D – Power up your brain 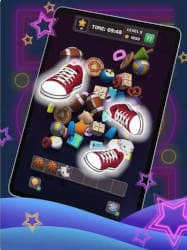 Tile Master 3D is a new and stylish puzzle game ever than before! Power up your brain and increase your memory speed. Hundreds of cute and diversified combinations.

100+ cute tiles : elephant, cake, cars, animals, numbers, fruits and so on, are you ready to unlock more and more?
Useful hints to help you pass it easily.
Easy to play! addicted and train your brain
Puzzle game design, unique 3D tiles.
Available to play on mobile and tablet devices!
Freeze time when you need it.
Different layouts are waiting for you challenge, Powerful boosters to facilitate.
Improves memory, focus, attention and concentration..
The Best time killer.
Level Box & Star Box Rewards
Tile Master 3D is a good game you must fall in love with once when you play it first . It’s a puzzle, board and entertaining free match 3d game for anybody to enjoy!
Try our free tile puzzle games and Play OFFLINE/FREE at any time, anywhere either Phone or tablet!

I really enjoy the game a great deal. I enjoy the challenge of seeing how far I can get without having to pay anything. Of course there are way too many ads , but that’s all games. The items are colorful and well shaped and challenging. I never get tired of playing.

I have one recommendation for the game. When a player makes a mistake, like too many items , please let us see where our mistake occurred. By not showing the error, a player might think that you, the designer, is tricking us into believing that we made the mistake and not you. We can learn to avoid the same mistake.

Thank you for this exciting game.

Would be 5* if not for the constant ad interruptions!

1st I would like to point out that their game advertisements are deceiving… i down loaded this game because the ad showed a cube that made it more like a puzzle game although, we were “supposedly” able to match the pieces from different angles… it appealed to me so I downloaded the app! & quickly found it wasn’t at all what they advertised…, it was a match game I have seen advertisements for plenty of times but was never drawn to it! Ok w/ that said being board stuck at home I decided to give it a go.., it’s free, w/ the option to buy “extras” & as w/ any free game you have to deal w/ the ads! I don’t mind dealing w/ the ads before each new level BUT I do have a problem w/ ads interrupting while playing the game! Mind you, you are given a certain amount of time to complete each challenge! So the worst thing that can happen when your on a roll! Is loose eyes on the screen because.., they decided to throw in some ads! When I have to deal w/ this sort of thing in games as often as it happens here, I tend to get aggravated and this game w/ probably only get played once in a while… if even that considering it wasn’t / isn’t what I wanted when downloaded it to begin w/! The only thing I find appealing is the challenge of trying to beat the clock., other than that the game is a “no brainer” ( pun intended) if your looking for something more challenging for the brain… this isn’t it..,

I have a complaint! I’ve played this game for months and have spent countless dollars not including the ads. This game says for ages 4+ years old. It is not! You have to match 3 of a kind without touching objects, especially small ones, within a time limit. If not, you fail and start over. You play for the next pile of objects but eventually you pay for the right to continue the game. It’s tedious and a little unnerving. Now, between matching 3 items of a kind ads appear between these sets which don’t last long.

My complaint is that tonight suddenly there appeared an ad for “King’s Throne”. There appears to well endowed women and you pick which one you want by pointing to the bust of the women. The game does say 17+ years old but what’s it doing showing this kind of ad on a 4+ years old game? I’m a 72 yr. old woman and I was offended by this ad not only for the reasons I have mentioned BUT to point to a woman’s breast including to the nipple is sexist. Ads should be monitored and warned of such degrading as well as absolutely NOT advertised in any game you are offered such FILTH for even 17+ yr. old gamers.

Sadly, I will not play even though I really have enjoyed the game. I’m leaving about 20,000 coins to continue playing. I’m saying beware of such material that pops up as ads!

What is your opinion about Tile Master 3D

Onnect – Ready to train your memory