Home
Games
Action
Afterpulse – The balance of power is unstable 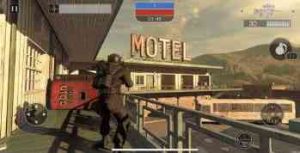 An electromagnetic pulse has changed everything. The balance of power is unstable. World leaders are deploying elite squads. It is time to choose. To either restore peace or to ignite the largest conflict war in history!

A CONSOLE EXPERIENCE ON YOUR MOBILE DEVICE

Enjoyed by over 12 millions players, Afterpulse has received tremendous acclaim as one of the best war third person shooters for mobile devices on the online market.
There is enemy shotgun fire everywhere! Prove yourself in the multiplayer battlefield fighting in the combat against the enemy!

Customize your army shooter soldiers squad! Become an unbeatable and courageous soldier by customizing your headgear, armor, weapons and gadgets in this multiplayer shooter!

Afterpulse hosts the bigger array of war guns and armors in the market, which can be combined and fused to generate over 1200 results! Choose your own style according to your multiplayer combat strategy: Handgun, Shotgun, Assault, SMG, LMG, Sniper, Rockets… and combine them for a greater damage! Personalize your headgear, full body armor, shotgun and equipment, grenades and other advanced army assault machine guns and choose the proper sniper soldier weapon for the mission depending on its damage, rate of fire, accuracy, ammo or reload!

Unleash your competitive spirit by taking part in the seasonal elite shooter action game modes that are heavily centered on online Multiplayer and Co-Op Challenges, all inspired by real military war combat experiences. Practice your army skills shooting and aiming with different action weapons! Every battle skill combined with strategy will be necessary to win the fight in the battlefield!

Test your army strategy combat skills in more than 5 different multiplayer shooter game modes and army maps! Prepare your defense squad and tactics, start shooting against the enemy warriors in this battle!

Battle and fight against your friends and other military players in this action multiplayer third-person shooter deathmatch!

If you have any problems with the game just send a quick mail to our support at afterpulse.ios[at]digital-legends.com

Join our communities to stay up to date:

Go to war with a leading role, a fully equipped elite sniper soldier with battle skills capable of anything in order to survive in the battlefield! Create your elite army squad now! Are you ready to become a war hero?

Get Afterpulse from App Store

This game is hands down one of the funnest mobile games I’ve ever played. It’s so smooth and the matchmaking is quick and easy. One you get the hang of what your doing and start to understand the game you get really addicted to it. What I also love about this game is it’s league system. A gamer like me loves challenges and ranking through the ranks trying to achieve higher rewards. The one start reviews are from people who don’t know how to play the game correctly and when the spend some money they get frustrated because they can’t get a 7 star weapon. I haven’t spent a single buck on this game and I’m already in the top 25%. It’s a great game overall and I strongly advise to practice and learn what weapons suit you. The gear system is also unique. I love how it gives you special abilities for what weapons you use. I’m a shotgun person myself. It’s a good running game the queue times are fast and easy, I haven’t seen any hackers yet. (Or at least I’m pretty sure). The game has very good detail to every little thing which I thought was really impressive. I played a lot of Critical ops before this but I think this is an overall better game than this. If your looking for a good shooter game I strangely suggest you give this game a shot. Keep it up developers!

What is your opinion about Afterpulse