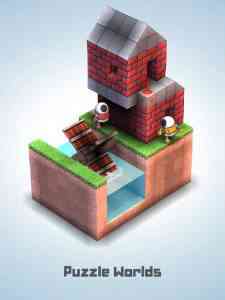 I don’t write reviews for a reason.

I don’t write very many reviews. There are a few main reason I don’t. Most games I run into for mobile are ultimately made for gaining profit or grossing (not sure if that’s the same thing). I’m not saying that I don’t support in app purchases, but I discourage the ways they are being used. A few examples of shameful uses of these in app purchases are games like clash of clans. Clash of clans is a great game and I recommend people play it at some point. The only problem I have with it is the “pay to win” side. The reason I quoted that is because it’s not really pay to win. It’s pay to progress faster. It’s not very fun for the people that have to put in a lot more time because they don’t have money. Another example of this is when a game gives you a taste of their game… After you start liking it they force you to pay up more and more to keep playing or to unlock the next area. NOW.. :p This game I will write a review for . – This game is a very good game. I enjoy the puzzles and the silly physics. The features are perfected and the replay value is endless. Thank you for making this game. Thank you for giving me options to support you. I don’t have money to give right now , but I am going to support this developer as soon as I have money to do so.

I absolutely love this app!

In my initial review, I wrote that I don’t generally pay for games, but, after playing a few levels, I decided that I had to pay for this one. I was initially drawn in by a character that is cute and likable, but very quickly came to appreciate it for the endless possibilities (because of the possibility of creating your own levels or playing levels created by other users) and the fact that it takes up so little of the very limited space on my iPad. No timers, lives or ridiculous scoring systems, just a fun little game.

After spending some time playing the in-app levels and levels posted on Facebook, I started experimenting with creating my own levels. My initial hope was that I would create something challenging, but I found that I was more interested in the art and humor than in the game. I have created some truly amazing works of art (humorous performance art). I don’t pay for games, but I went back and paid again for the app, wishing that I could afford to pay more. It’s a great game, but it’s more than a game. There are some features that I would like it to have, but it is perfect as it is. I absolutely love this app!

I went on google and searched best single player games for free,wanting to find games that will make me happy without having to have wi fi on,so some videos pooped up. I watched every one of them but all the games i saw were some fighting sh$& and “3D” action that wants to consume your time in a non relaxing way. Than i saw this game and the first thought of it was that i will get bored very soon, but on the other hand it remind me of an game called Machinarium( witch i really liked), so i gave it a try. After an hour passed i was on the half of the game and i was so impressed that i could not resist thinking and even planing/drawing my own levels. The thing is that it pulls every small piece and reaches very deep in the logic aspekt of your head,but keeps the entertaining level high. This game is not for everybody but if you would like to spend some time not only having fun but some what “traning your brain this is the right thing.

Marko. (Sadly i am young to have a card to pay you guys but be very proud of this thing) expecting v2 keep up the great ideas)XD

Get Mekorama from App Store

What is your opinion about Mekorama

Platform Panic – Platform game heroes through the ages have been abducted

Fusion Heroes – Craft your own mech and triumph