Home
Games
Action
HELI 100 – Get into your helicopter gunship 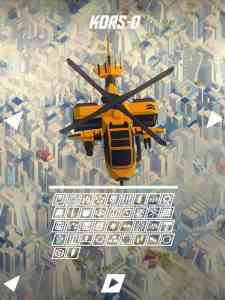 Get into your helicopter gunship and blast your way through flying alien armies in this action-packed shoot ’em up game!

QUICK MANUAL:
Hold screen left or right side to steer
Hold both sides simultaneously to stop movement
Collect powerup weapons and launch them by tapping buttons in bottom side of screen
Destroy everything that moves

Fun game but some issues

I really love this game and have fun with it, showed it to a friend in class and he plays it too. I use double tap to dash and whenever I go to turn it sometimes just dashes me into the barrier in which I die. Now I’m on Season two level 89. A constant barrage of missiles and beams fire upon me and whenever you get to the end of the first wave it’s impossible because missiles are stills spawning and the blast radius of the lazar beams are larger than the circle. If you see this fix level 89 so I can continue to play your game. Update 1: still stuck on level 89 of season two. Beat the first wave and almost beat the second one, how I lost the second one?The game crashed. So then I keep on trying the level over and over and over and over again. I just die in the middle of nowhere while I was in the amok. Then again I died while using a hyper shield. Then I die while just flying, hit with no projectiles. Update 2: Finally beat the level after more than 10 hours of gameplay. Won’t let me see my world ranking for survival on either seasons, so I’m deleting and reinstalling the game. Update 3: leader boards still do not work for me. Just survived 20 waves

Great game but one problem

Great game, one of the very few I’ve played for over a few days without getting bored and deleting it, my only problem is I’m in the mid 30s and I’ve noticed the teleporting dudes are extremely unpredictable and overpowered, there needs to be a way of knowing where they’ll teleport to because they’ll straight up teleport on top of me and it gets very annoying

Fun game but some suggestions

The game is a good idea, but I think you need to add objectives, a story, change the control system and/or explain how it works ex: tap to shoot maybe add a joystick for movement for better maneuverability and that would allow for you to manually shoot and move at the same time, add a tutorial I didn’t realize that if you put two fingers on the screen it shot straight until level 40 out of 100 as well as many other things, also please explain all of the enemies, half of them don’t make any sense on what they exactly do. This a great concept for a game, but it’s missing a few key components that could probably make it a top ten game in the App Store. I also really like how you guys aren’t shoving ads down my throat, I understand thats how you make money, and I appreciate you not being super excessive about it. The app does crash from time to time which is a bit of a bummer, but I think with some patchwork and some new ideas as well as more explanation to everything, I think that this could be a 10/10 game. Also, an online multiplayer option would be really cool and fun. That’s my take on it, best wishes to the developer, I think that if you implemented some new ideas, your game would do even better.

Get HELI 100 from App Store

What is your opinion about HELI 100

Massive Warfare Aftermath – This is war at a massive scale

Ninja Chowdown – Let yourself be surprised